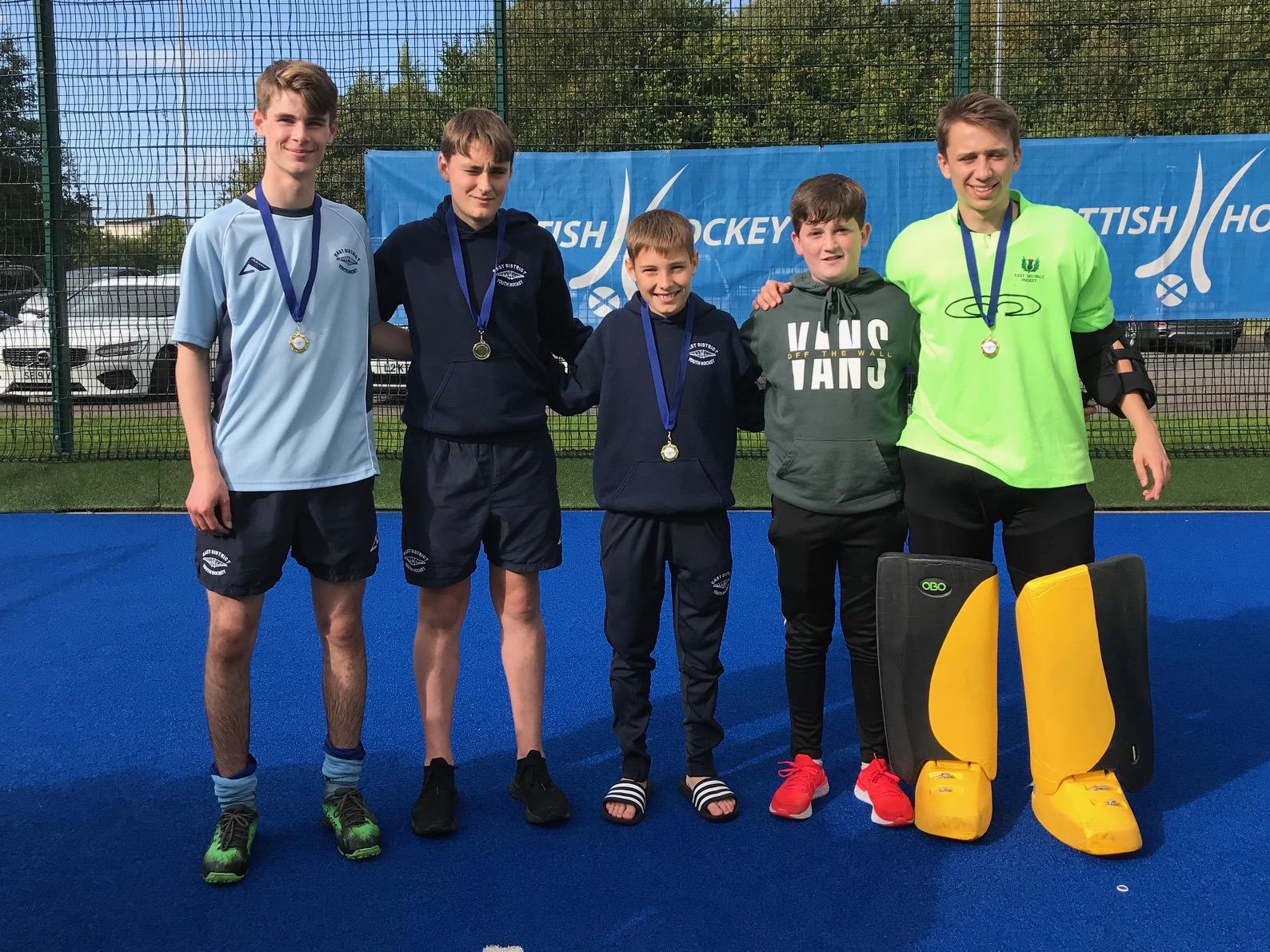 Five East Lothain boys played for East of Scotland in the East District Interdistrict Tournament at the weekend. Daniel Hall and Charlie Gates, both ex Pais athletes and Knox Academy Pupils were selected and played in the East U18 team, Murray Banks, Adam Hall and super sub Rory Steadman were selected for the U16 East team - all three boys current Pais athletes, Adam a pupil at Dunbar Grammar and Murray and Rory pupils at Musselburgh Grammar. Rory unfortunately broke his thumb so was unable to play but was made to feel very welcome and part of the East Team, being responsible for keeping the stats! East won at both U18 and U16 level - this really does show the strength of boys hockey in the East district - so for our 5 East Lothian boys we couldn't be prouder of you. Each and everyone of you are a fabulous ambassador of the sport here in East Lothian. Well done boys.