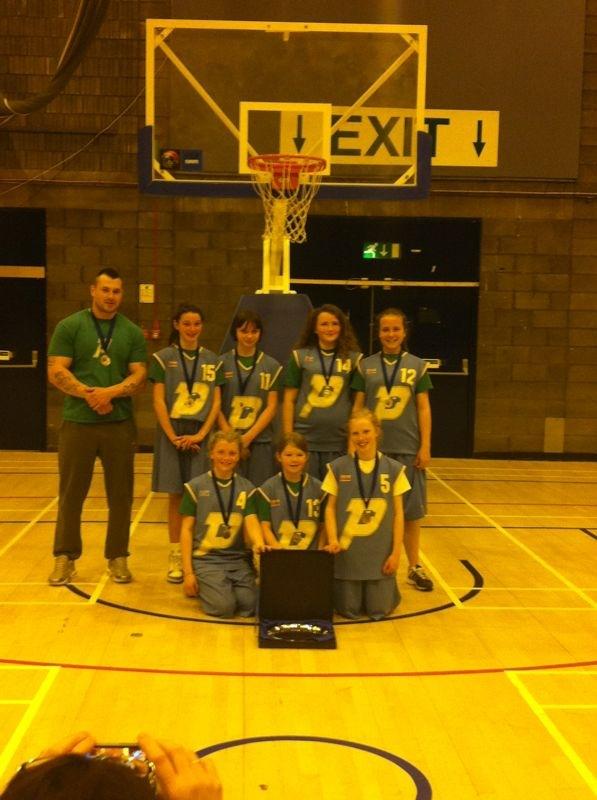 East Lothian Under 12 girls have successfully defending their tile as East & Central League Champions for basketball.  The squad had a near perfect season dropping one game and felt confident going into the finals.  The game against the City of Edinburgh Kool Kats was close to start as a subdued East Lothian took time to get into the game.  However East Lothian’s Amy French was on fire scoring the majority of the opening baskets to give East Lothian the lead going into the second quarter.  Although East Lothian remained in the lead through-out, they were challenged by the Edinburgh side in bursts, which allowed the East Lothian side to demonstrate their strong defence.  Both sides played fantastic but in the end it was East Lothian who again retained the title.  Coach Rob Woodhead said he was proud of the girls commitment and eagerness to learn and develop over the season.  They deserved the win today. Both sides will now go on to the National finals in May at the Peak in Stirling.