Gullane and Compass Swim to Success 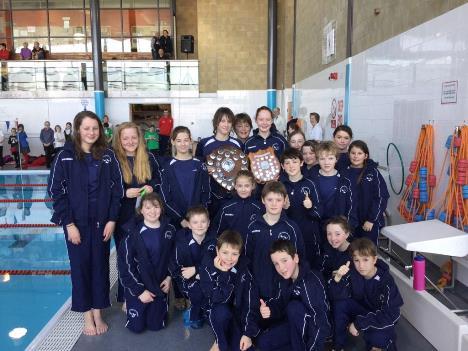 The finals of the East Lothian Primary Schools swimming gala were held last Friday at the Mercat Gait, Prestonpans.

Gullane Primary School were the overall winners of the large school trophy, winning by an impressive 12 points.

Compass Primary School were winners of the small schools trohpy by an exciting 2 points.

Gullane were also winners of the relay trophy, displaying excellent swimming throughout all the relay events.

Some very impressive swims by the youngsters meant that 5 Merit awards were handed out at the end of the event. Merit Awards were received by -

The Individual Trohpy was won by Lucy Lucas (Gullane)