SCOTTISH SCHOOLS U14 & U16 DOUBLES TOURNAMENT 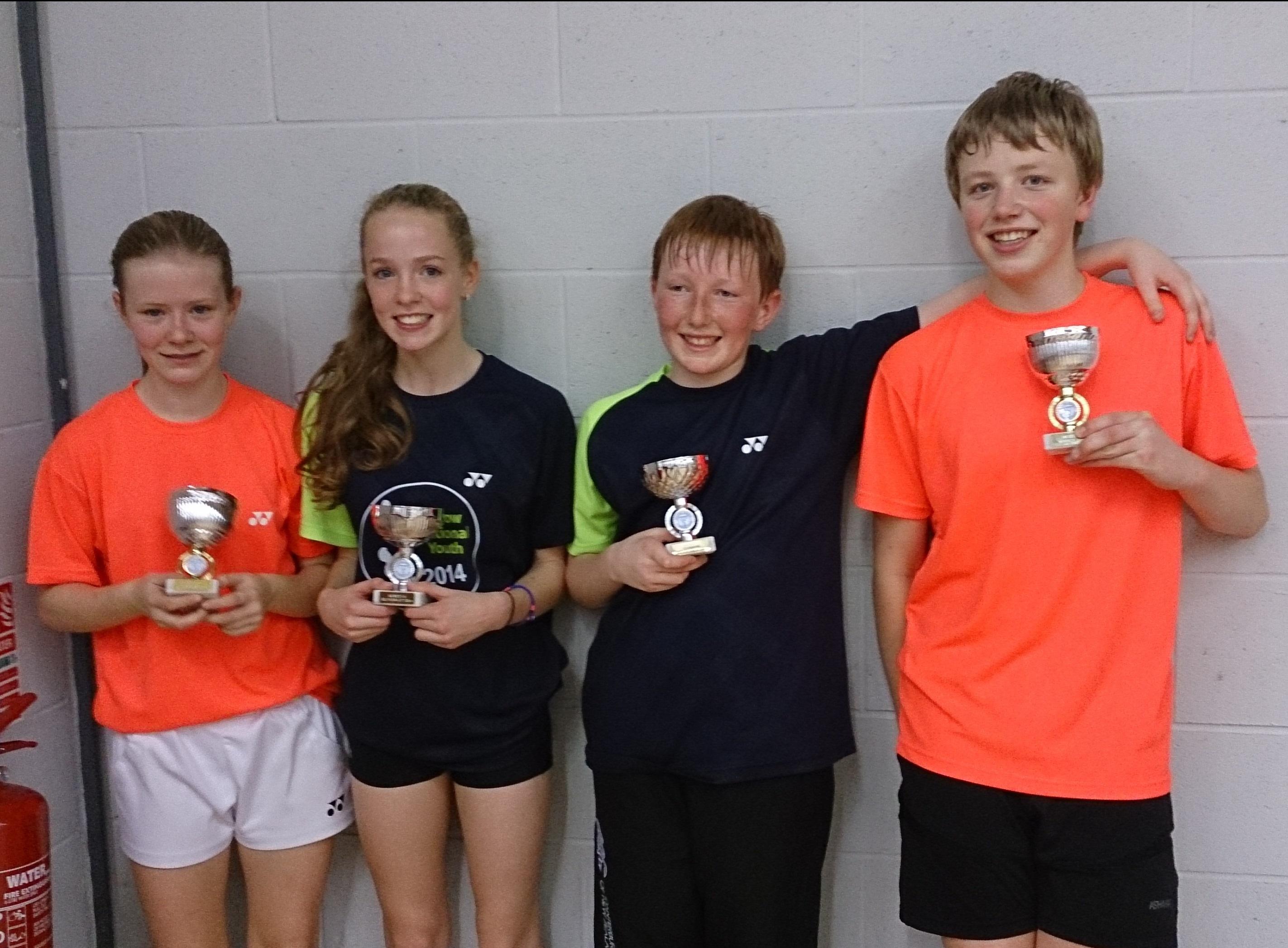 In the U14 girls doubles Cesca teamed up with Lauren to win the title comfortably beating Sophie Shaw (Williamwood High) and Erin Sinclair (Grange Academy) 21/8 21/8.

In the U16 age group Longniddry’s Sarah Brogan (George Heriot’s) also won two titles in both doubles events. In the girls doubles she teamed up with Preston Lodge pupil Eloise Morris to win her first trophy 21/8 21/11 against Emma Green (Trinity Academy) and AbbyMcCallum (Carluke High).

In the mixed doubles Sarah and Ellie were on opposite sides of the net Sarah teaming up with James Laing (Balerno) to win her second title against Edinburgh’s David Kong and Eloise Morris in a close match with final score 21/18.