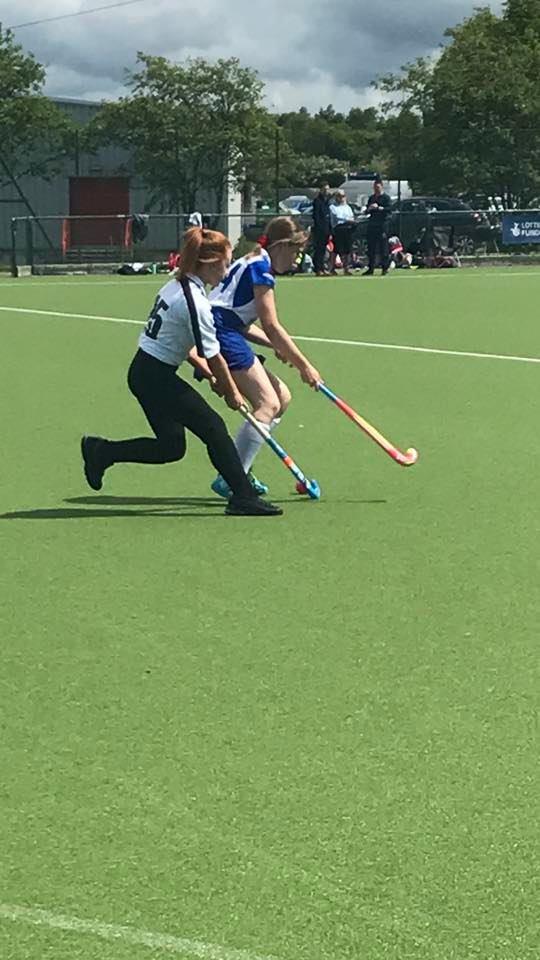 This season has seen our hockey numbers double, with a regular five teams out, playing schools from all across the Lothians. Whilst being challenging for the small number of staff at times, our acting Head of Hockey Fiona GrantMacDonald has worked tirelessly to get as many players out every Saturday as possible. Several pupils have committed to training twice a week, which has really shown on the pitch, through a fantastic increase in skill and work ethos.  The S1 group have been excellent to work with, both on and off the pitch, and we have fielded two teams most weekends. Most results at the start of the season didn’t quite go our way, but through their dedication and work rate at training they improved, and by Easter they were defeating local teams – a great end to the season! They finished 3rd overall at the Youth Games, a tribute to the hard work of the players and coaches who have helped them along the way.  S2/S3 team has also been busy, and some S1s have stepped up to help them out when needed. Some excellent close matches, driven by four of our S3 girl’s stepping into ladies hockey this year, has pushed the team on enormously and we will be promoting this next season, especially for this age group. Our seniors have manged to get through the season well, with the biggest result a victory against Heriots, which is no mean feat! They gel together well as a team, and when they are on top of their game they have given any team a hard time! With more focus on their training they will do well next year. One of the highlights of the season was the creation of the first ever Preston Lodge Boys Hockey Team.  Many who are already footballers came along and created a fantastic group of young athletes. With wins over Ross High, Knox Academy and running Stewart’s Melville close, there is a real future for a very successful boy’s hockey team at PL. This is a sport traditionally boys don’t get involved in here, but to play the modern game requires a high level of physicality, athleticism, strength and skill. Mrs Grant-MacDonald will be pushing the boys’ game next season, and all are welcome to come along and try what is the third most played sport in the world! Looking ahead, we will be welcoming back to the coaching team Mrs Dempsey, and have secured two further coaches from Preston Lodge Ladies, Jacqui Cottrell and Pam Hall. Both have played at a high level and are very experienced, so we look forward to working with them.  Thanks must go to this year’s coaches, Aimee MacDonald and Gillian McEwan who will be moving on next year. Hanne Robertson will remain with us, and has been a fantastic addition to our team.  Mrs Grant-MacDonald is also very grateful to all the parents who have supported their children through the season.  Without them we wouldn’t have managed everything we have achieved this year.  There is a bright future ahead, and with the right support, commitment and coaches in place hockey at PL will no doubt some produce top class players in the future.