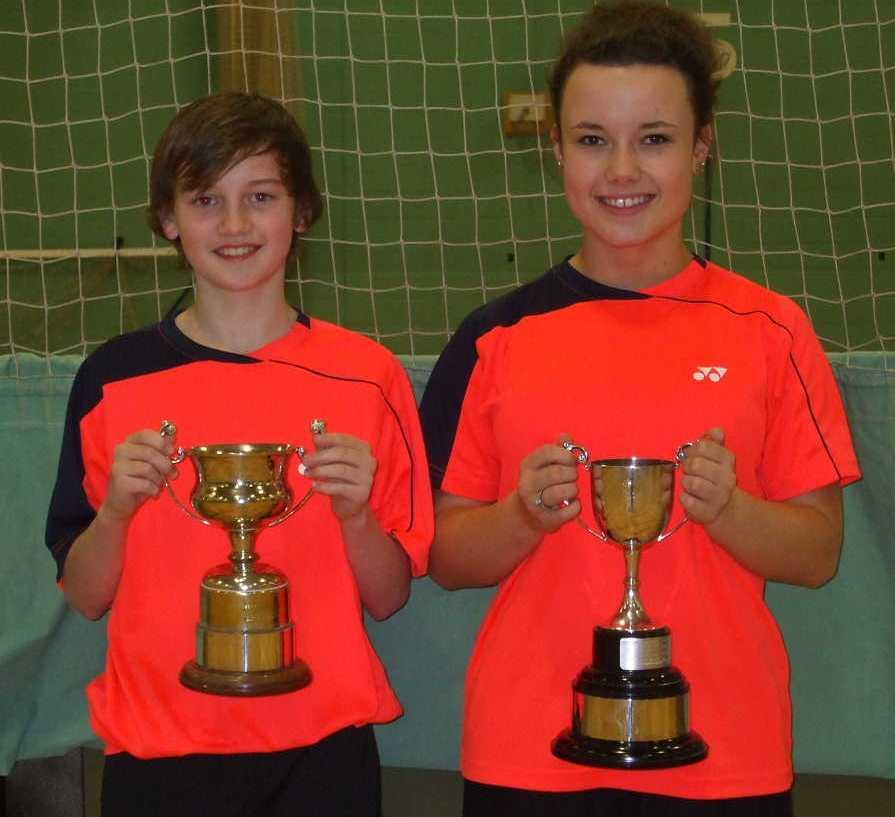 Under 15 Shona Whillans from Longniddry took the U16 singles title at the recent Scottish Schools’ National Championships held at Bells’ Sports centre in Perth.

In all East Lothian players took 2 titles, 3 gold medals, 2 silver and a number of bronze medals.

In the Intermediate events for U16 players Shona, seeded 3/4 bit the bullet in the Girls Singles semi-final when she toppled No.2 seed Rachel Lu, from Edinburgh, for the first time this year 21/18 21/19.

A comfortable Girls Doubles win with Preston Lodge School partner Eloise Morris took Shona into her 2nd final followed by a superb win over the second seeds with 14 year old James Morgan took her into all three finals.

Girls Doubles followed when the Preston Lodge girls had to settle for silver when Rachel Lu and Partner, Annabel Young, gained revenge for Rachel’s singles defeat.

Mixed doubles took to the court and an inspired James Morgan was in top form as he partnered Shona to a thrilling21/11 14/21 24/22 win over U15 boy Calum Atterbury and Heather Croll from Stewart/Melville/Mary Erskine, Edinburgh.

James Morgan and Ewan Mathieson, both reached the semi-finals in the Junior Boys’ Singles and Ewan did likewise in the Boys Doubles with Calum Atterbury.

Jyoti Arbuckle and Kirsty Morrison, N. Berwick H.S. beat the 2nd seeds 25/23 21/16 to reach the Junior Doubles semi-final then narrowly lost out in 3 sets for a final spot.