A Story to TEL

The Past, The Present and The Future 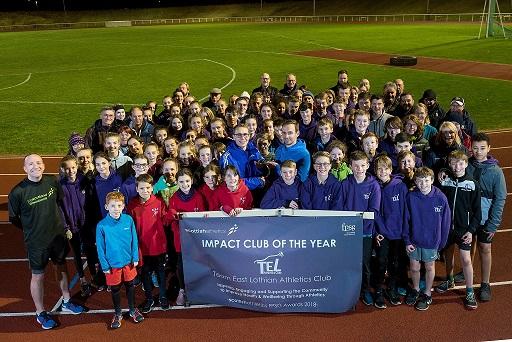 TEL was a concept that first started in August 2012 with Jamie Bowie as the Athletics DO and the East Lothian Athletics Development Group. The first session on 28th August and ran on a fortnightly basis. It was an opportunity to bring specialist event groups and conditioning coaching to East Lothian and for young athletes to access that coaching and train together every 2 weeks.

In 2013, Team East Lothian moved from being ‘just’ training opportunities to becoming a registered club with Scottish Athletics and we began competing in Scottish Indoor League and CSSL Central & Southern Scotland Leagues.

In April 2014 there was a unique opportunity to develop Team East Lothian further with investment from SportScotland. The main agenda here was to create the opportunity to develop East Lothian’s athletically talented youngster. It moved TEL from fortnightly training to weekly training which encompassed the technical event group training and under pinned it with physical preparation training with a Development and Potentials squad.

In March 2015, TEL became a registered charity, as a Scottish Charitable Incorporated Organisation (a SCIO).

TEL has continued to evolve with the competitive athletics side of the club developing the potential of young people in East Lothian, boasting strong retention rates, medals from Scottish and British level even to European and Commonwealth level. There are now five inclusive squads in the pathway: Potentials, Aspire, Development I, Development II and Academy. TEL also host their own Open events covering sprints, hurdles, jumps throws and middle distance running as well as their Cross Country event which is always very well attended. The Cross Country event in 2019 was hosted by Foxlake near Dunbar and was a massively successful event.

The club has also strong links to the community, receiving funding to deploy a Community Engagement Officer to support activity to inspire, engage and develop the whole East Lothian community to improve health and wellbeing through athletics. A recent EU Tyne & Esk Leader Grant along with 4J Studios donation has allowed TEL to improve the facilities at Meadomwill Sports Centre.

In 2019, Team East Lothian won the Scottish Athletics Impact Club Of The Year for 2018 award for the work they have done in creating a community club and making such an amazing impact in the sport of athletics.

They have also been involved in the start-up of the Meadowmill Park Run and Lochend Woods Park Run in Dunbar. They offer classes of Run, Jump, Throw which is a programme developed for children from primary 1 to primary 7 age groups.

So, what does the future hold for TEL? They are going from strength to strength and their next project is to launch the Team East Lothian All Abilities Athletics Squad.  This will enable people with limited ability to engage in all athletics disciplines with access to specialist equipment and trained coaches.  There will also be a Running Bike Squad which they hope to grow with the assistance of funding to purchase some new bikes.  TEL are a fully and wholly inclusive club.  They are also developing classes for Pre and Post-Natal activities for Mum’s to be, Dad’s and babies.

Team East Lothian is a club that never stops evolving and creating opportunities for everyone in the East Lothian community from Birth to senior years, from starting out in athletics to International stardom.