RACHEL AND JAMES SHINE IN FIRST TOURNAMENT OF SEASON 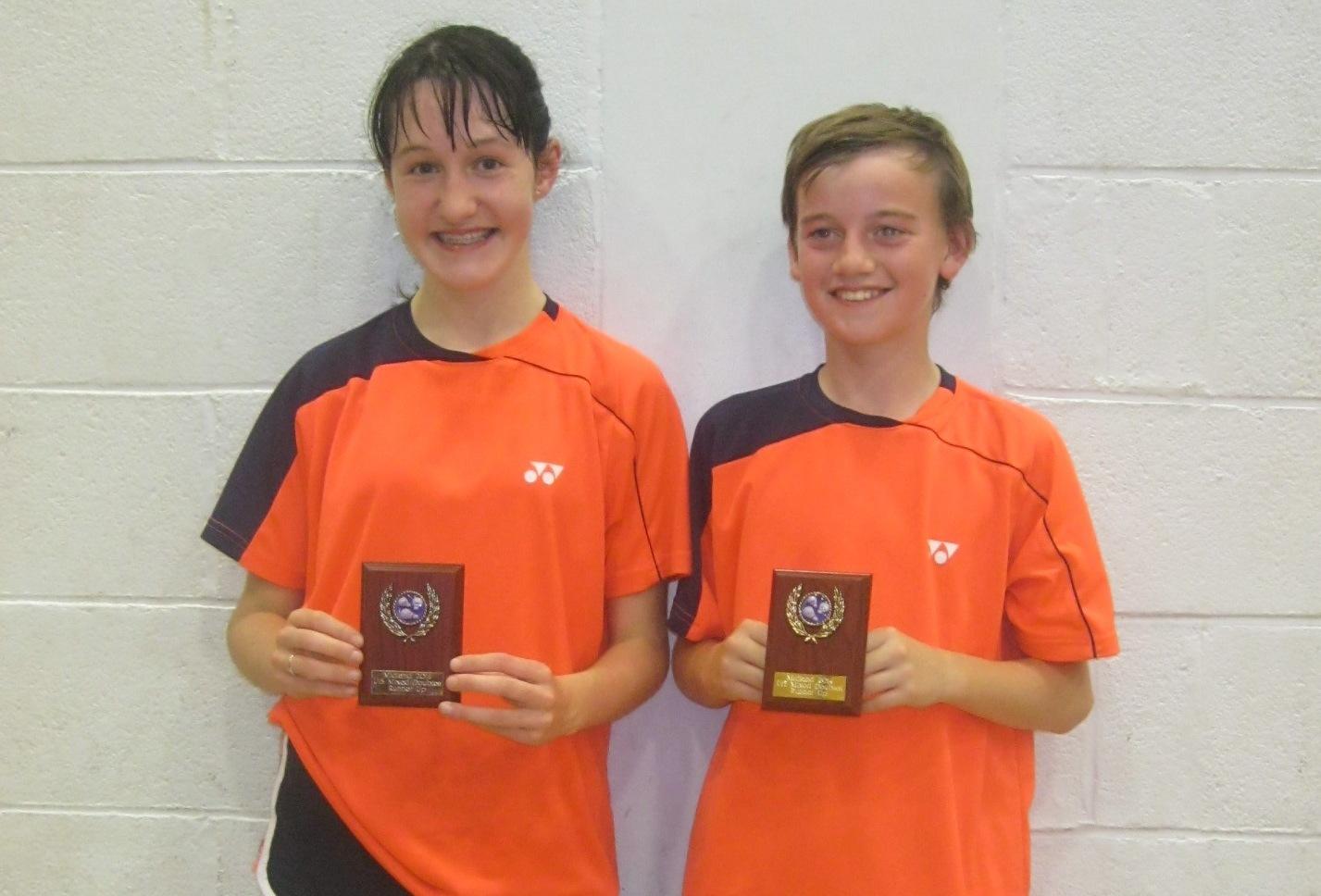 A squad of East Lothian badminton players competed in their first tournament of the season at the U15 Midland Junior held at Grangemouth Sports Centre where Musselburgh Grammar pupil Rachel Cameron won the girls double title.

Rachel also reached the semi- final of the girl’s singles where she lost out 21/16 21/15 to top seed Rachel Sudgeon  who went on to win the final against Eileen Gordon.

Jennifer Lafferty. In the final they lost out to another School of Sport pairing Adam Pringle and Rachel Sudgeon who just beat them in the final after another extremely exciting match 19/21 21/18 21/19.

Morgan also teamed up with Ewan Mathieson (Aberlady) where they won through to the boys doubles final but lost out in a close two set match to Adam Pringle and Joshua Apiliga (Glasgow).

In the U15 Boys ‘B’ doubles Ross McFarlane and James Guckian (North Berwick) also reached the final where they just lost out to Lothian pairing Nairn Ross and Peter Sawkins.

RACHEL AND JAMES SHINE IN FIRST TOURNAMENT OF SEASON