The circumstances children experience while they are growing up largely reflects the resources available to their parents or carers. What causes poverty? What increases the risk of poverty? 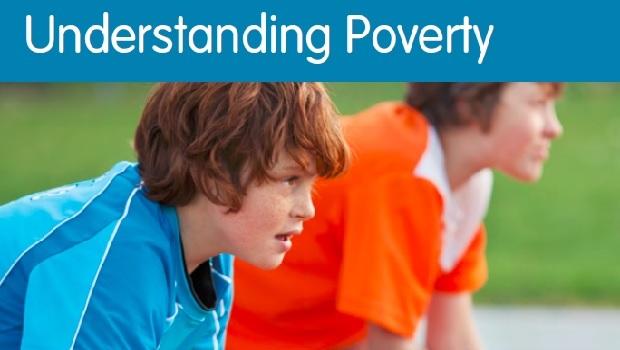 Poverty is commonly understood as ‘not having enough’. East Lothian Poverty Commission used the following definitions of poverty to inform and guide their work.

‘People are said to be living in poverty if their income and resources are so inadequate as to preclude them from having a standard of living acceptable in the society in which they live. Because of their poverty they may experience multiple disadvantages through unemployment, low income, poor housing, inadequate health care and barriers to lifelong learning, culture, sport and recreation. They are often excluded and marginalised from participating in activities (economic, social and cultural) that are the norm for other people and their access to fundamental rights may be restricted’ European Commission, Joint Report on Social Inclusion 2004

We can see from this definition that poverty is about more than not having the minimum amount of food and shelter to survive but is wider to allow people to participate in society. This is the definition for ‘relative poverty’ and is the most commonly held and accepted view of the definition of poverty in modern society.

A combination of social, political and economic factors and choices explain the nature and extent of poverty. Poverty is rarely the result of a single factor. Issues such as low pay, insecure jobs, high cost of living and of housing, life events such as bereavement or illness are some of the factors that often combine into circumstances that become difficult to overcome. Poverty is not a static condition. Individuals can move in and out of poverty over time – so it may be temporary, recurrent or persistent over longer periods. Many of those who gave information to the East Lothian Poverty Commission described themselves as ‘close to poverty’ and described a fear of falling back into poverty.

The circumstances children experience while they are growing up largely reflects the resources available to their parents or carers.

How many children are living in poverty in East Lothian?

The table below shows us that overall 20.32% of children (1 in 5 children) are living in poverty after the cost of their housing is taken into account. This ranges from 28.33% in Musselburgh East and Carberry to 12.18% in North Berwick coastal ward.

What increases the risk of poverty?

The statistics show that a child is at greatest risk of poverty if they live in a family where no one works, however a substantial and growing number of poor children are living in families where at least one a parent is in paid employment. In 2013, over two thirds of poor children were living in families where someone was in work. Other risk factors for ending up living in poverty include:

➜ Living in a larger family with 3 or more children.

➜ Living in a household where someone is disabled.

The LSE study of poverty and access to sport talked to young people perceived not to be interested in sport “it was an eye opener to learn how much joining in matters to young people, how much informal games, outdoor activity and sport can inspire and motivate them, and how many young people are held back from actively getting involved”.

Some things to think about

➜ Can you hold a ‘fun day’ encouraging local people to come along and find out what’s on offer and how they can get involved and what support is available? Free fun activities can break down the barriers to getting involved.

➜ Do you have a flexible approach to paying club/ membership fees? E.g. can people pay monthly rather than in one payment at the start of term? How can people find out about the services available?

➜ Can you offer bursaries/ free spaces to local scheme that support children to get involved?

➜ Can you run ‘equipment swap’ sessions saving on the cost of sport equipment?

Find out more by clicking here: East Lothian's guide has been developed as a practical tool that assists individuals and organisations involved in delivering sport and physical activity opportunities to understand where to start when it comes to tackling inequalities.